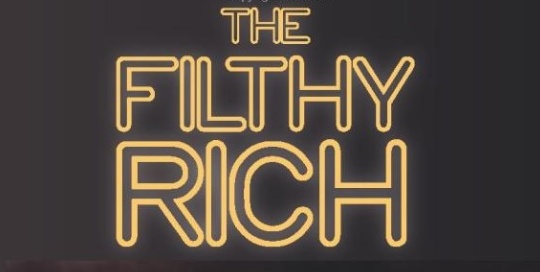 All of my books are for sale on Amazon:

Believe it or not, the whole world is run by one percent of the population.

That one percent belong to an evil, very exclusive club of which we – the ninety nine percent – will never be allowed to join.Nor would we want to… Or at least I hope not!

Because to be a member of their club you have to be a soulless monster.Worse still, you have to be a devout Satanist and indulge in all of the horrific practices that go with it – including human sacrifice, child sex abuse & beastiality.

In this book, I name the household names who belong to that club of monsters and describe the depravity in which they take part.Be warned, it makes for harrowing reading.

You can buy this book about elite paedophiles by clicking HERE

Monsters In The Palace

I have been researching the British Royal family for well over seven years now.

However, my interest in the Queen and her family does not stem from the broadly collective view shared by the Sovereign’s subjects – that view being: the family may be slightly dysfunctional but they are part of history and as such, should be respected.

But oh, if that were only true. You see, in reality the British Royal Family are evil, inbred parasites who despise us. And far from being holier than thou, they worship Satan, are ALL deeply perverted and – if many royal researchers are to be believed – they actively take part in child sacrifice.

What? You don’t believe me? Well of course you don’t. However, see if you feel the same once you have read this book which is made up of articles about the Windsors that I have written over the course of the last six years.

Indeed, once you have I will wager that – at the very least – your view of the Monarchy will never be the same again.

You can by this book by clicking HERE

Who is Meghan Markle?

Now that may sound like a daft question since nigh on the whole population of the planet will know that Meghan Markle is an American actress who is married to Prince Harry – a member of the British Royal family.

Indeed, if you believe the world’s press, then Meghan’s story truly is a real-life Princess fairy-tale.

However, by the same token that makes you akin to a zombie: Someone who appears to be alive but is brain-dead. After all, fairy-tales just don’t happen… No ifs, no buts, they don’t happen.

You see, Meghan Markle, like her deceased mother-in-law, Princess Diana is a construct – a made up persona. Or put another way, Meghan doesn’t exist outside of newspaper reports, faked photos, forged documents and a series of actors who appear in public as and when is necessary.

Furthermore, you would not believe how easy it is to pull off a deception of such great magnitude. In fact, the deception is made all the easier because it is so unbelievable which is reinforced by the Nazi master of propaganda, Josef Goebbels who said: “The bigger the lie, the more it will be believed” A truer word never spoken from a man who was also a creation… Indeed, NOTHING from before the dawn of the 20th century is as we have been led to believe.

However, for you to fully understand who – or what – Meghan Markle is, I will have to show you along the way, how the world of the monster-elite really works. Therefore, read on with an open mind and hopefully by the time that I am finished you will see just how blatantly you have been mugged off.

When I first started writing back in the summer of 2011 – originally for the Sovereign Independent Newspaper and then for my website: chrisspivey.org – I was angry… Very fucking angry.

But I am getting ahead of myself. You see, sometime in the year 2000 my perception of how the world really works began to change and after the World Trade Center “terrorist attack” there really was no turning back.

That is because the world we live in is not real… It is all smoke and mirrors. Indeed, everything that we are taught from birth is a lie – a lie to keep us in our place.

Nothing ever in fact changes, the rich get richer and the poor get poorer, but it doesn’t have to be that way because the truth is, the world is ours.

Unfortunately, the one percenters AKA the Satanic Monster Elite do not want us to know that fact… They live in constant fear that their evil plans will become known to the world’s population and if that should ever happen then their house of cards will collapse quicker than the WTC twin towers did… An event that they orchestrated themselves.

Sadly, I now fear that the mass awakening will come too late to save the human race, which the Satanic Monster Elite are hell bent on destroying and as such, I am no longer angry… Just resigned and disappointed.

Nevertheless, that is not to say that I have given up. I will never ever do that because to do so I would be failing in my role as a parent & grandparent and as the saying goes: It ain’t over until the fat lady sings.

Which brings me to the point of this book. You see, what follows are a number of articles that I wrote along the way as I began to see the world for what it really is. These articles are no longer in the public domain simply because they are no longer relevant to my website – they were just taking up space.

However, to get to my level of understanding of how the world really works, you too will need to go through the same learning curve as I did… And believe me, that is not ego talking – that is just a fact.

Therefore, I am re-publishing those articles in the hope that you too will awaken to the evil that surrounds you.In turn, you will notice that nothing has changed for the better over the years. In fact things have got decidedly worse…

A fact based story so incredible, it must be bollocks.

Set mainly in the mid – late 1970’s, ‘Never mind the Sex Pistols here’s the Bollocks’ is the first of three parody’s of the Punk rock pioneers, The Sex Pistols, and their rise to fame, life at the top and finally their downfall.

The band is made up of snobbish, upper class twit, Jonathan Smythe Lydon, the group’s founder and lead singer, Glen Fiddich on Bass Guitar, Steve Jones the groups Lead Guitarist & heir to the Smiths Crisps dynasty and last but by no means least, the groups rapidly ageing, extremely bitter drummer Peter Cook – the ex-partner of legendary film star and comedian, Ilkley Moore.

Ever since the day that Jonathan’s father, ex-crime lord & Irish Terrorist, Paddy Lydon had found Syd in a pram outside a shop, Jon has used his adopted brother as his personal slave.

Even the fact that Jons girlfriend, Anne Hecky and Syds girlfriend, Nancy ‘Spunk on’ Spunken are best friends & next door neighbours doesn’t stop Jonathan treating Syd like a dog.

Meantime, while the London based band are busy dreaming of fame and fortune, across the Atlantic American Mafia Don, Ryvita Bogieone, receives a phone call from his godson, Paul Angerfunkel.

Paul Angerfunkel, A talented singer- songwriter, had first found worldwide fame with his brother Simon as the imaginatively named duo, Paul and Simon Angerfunkel. However, Five years previous to this phone call, Paul’s jealousy of his brother’s popularity had caused the pair to go their separate ways.

As it turned out, the split had sent Simon Angerfunkel’s career sky rocketing, while Paul’s career had gone from bad to worse. So much so in fact that he was now in danger of becoming a forgotten man. Despite the brothers not speaking for years, Paul in desperation to get his career back on track had rung Simon out of the blue to see if he would consider doing a one off, reunion single.

Simon had agreed but taken his brothers request as an opportunity to belittle him. Enraged, Paul had rung Don Bogieone straight after, requesting his godfather to have Simon murdered.

The Mafia Kingpin had reluctantly agreed to Paul’s request but in order to distance himself from such a high profile crime had decided to use Simon’s forthcoming London concert as the venue for the hit and enlist the services of the much feared London crime family the Kray Quins to carry out the task. The Quin’s, Ronnie, Reggie, Robbie, Roger & Dave are the nephews of the legendary East end gangsters, Ronnie & Reggie Kray.

The eldest and by far the most dangerous quin, Ronnie Kray Jr, rules his brothers and cronies with an iron fist. Desperate to form an alliance with the American Mafia Don, Ronnie Kray jr readily agrees to carry out the hit. He then entrusts the all-important deed to the notorious, semi-retired, Geordie gangster, Frank Frazer – Frazer, having once been the loyal enforcer for retired gang leader Paddy Lydon.

However, when the concert is suddenly cancelled Frazer breaths a huge sighs of relief. His relief however is short lived because Ronnie doesn’t give up on anything that easy. However, unbeknown to Paul Angerfunkel, The Mob and the Quins alike, The FBI have also got wind of the assassination plan but in order to make sure that they have a water tight case against the slippery Ryvita Bogieone they are content to monitor the situation for now and let the plot go right to the wire.

Based around the true events that charted the Sex pistols rise to fame, Never mind the record is a fast paced, hilarious ride of a story, riddled with toilet humour and political in-correctness.

You can buy the book by clicking HERE

THE STORY SO FAR:

To carry out the killing Kray – who is also extorting a weekly ‘insurance’ payment from the shop owned by Sex Pistols manager, Malcolm Max Claren – has sought out the services of reluctant, semi-retired, gangster Frank Frazer.

However, what Don Ryvita and Kray do not know is that the FBI are also aware of the plot, but due to the Mafia Kingpins knack of evading justice, the Fed’s are prepared to let the assassination attempt go right to the wire.

Meantime, much to the disgust of Peter Thump and his lodger, Ali Bhi, Thump’s step-daughter, Ann Hecky’s relationship with Jonathan Smythe Lydon is going from strength to strength.

Smythe Lydon is of course the founder member and lead singer with the Sex Pistols as well as the eldest son of extremely wealthy former gangster and IRA terrorist, Paddy Lydon – now a mere shadow of the terrifying man he once was.

Nevertheless, with Smythe Lydon having now sacked the group’s Bass Guitar player, Glen Fiddich and replaced him with his adopted, glue-sniffing brother, Syd Fishers – who is dating Ann Hecky’s best friend, Nancy ‘Spunk-On’ Spunken and cannot play for toffee – Glen is out for revenge… Although he is not the only one with a grudge against the band.

You see, Ilkley Moore – the current darling of Hollywood and former comedy partner of the ‘Pistols’ drummer, Peter Cook – also has his knickers in a twist following the release of a highly controversial newspaper interview given by Cook in which he humiliated the now irate pint-sized film star.

And so our story continues in the aftermath of a hugely successful concert held at the Southend Cliffs-Pavilion, in which the Sex Pistols – acting as support act to singer, David Essex – have firmly cemented their place as the most talented, as yet unsigned, up and coming group in the country… 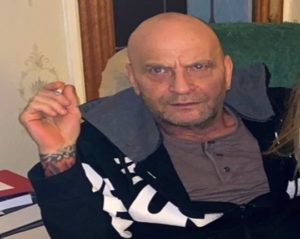 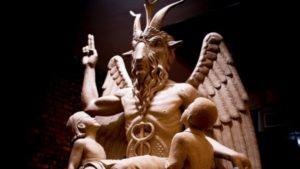 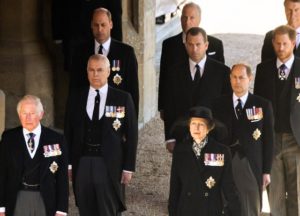 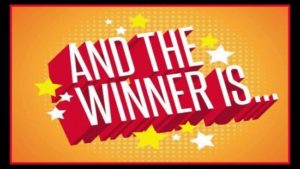