First off, I must apologise for the delay in writing this new article. Unfortunately, I do not have any real excuse other than the loss of my .org site has left me pretty deflated and hard to motivate myself into carrying on.

That is to say, I am not looking for sympathy, but there is no escaping the fact that 8 years of hard work has just gone down the pan.

And as such, I now I find myself asking, was it worth it? I mean, did I change anything?

Did I get myself in a lot of trouble and debt?

So was it worth it?

And the answer to that last question is ” I really don’t know for sure, but I strongly doubt it”.

However, what I do know for sure is that it is awfully hard finding the motivation to start again, especially so with even those who believe themselves to be wide awake still having their eyes as tightly shut as the rest of world.

I mean, for starters how the fuck can you claim to be wide awake yet still look down on illegal immigrants as being a problem?

Course, the number of those immigrants arriving here is grossly inflated by the press on behalf of the ruling elite in order to cause divide… Yet even those who claim to be wide awake cannot see that they are being played for the fucking idiots that they are.

I mean, honest to fucking Dog my arsehole cheeks nearly bite each other off every time I see shit like this on Face fuck & Twatter:

And believe me, I see an awful lot of that kind of old bollox. Yet as I have been telling you for fucking years; it simply aint true.

In fact an asylum seeker receives less than £40 per week to live on whilst their case is being processed… Could you live on £40 per week?

Furthermore, they are not put up in luxury hotels or immediately given a council house for fucks sake. They are either put in detention centers or in stinking hostels.

And neither are they given priority over our own citizens.

Yet by far, the biggest let down for me is the lack of compassion that our citizens have for these people… To me, that says we are fucked because as long as racial issues continue to divide us, we will never overcome the real problem – that problem being the elite monsters who are solely responsible for ALL of our misery and hardship.

And of course, the racial issue is not just white on black, It is a two sided problem.

Likewise the huge number of ‘wide-awake’ dead-heads touting the nonce rapist President Donny Fart as being our saviour are of a major concern to me… I mean c’mon for fucks sake, the evidence to suggest that he is anything but is overwhelming!

In fact I have in the past posted compelling evidence on the old site that Trump is a nonce, which is now unfortunately lost forever, but you do not need to be an expert researcher to still find that information out for yourself.

I mean, you only need see the way that Fart talks about his own daughter to recognise that he is no different to all the other sick-fuck elites:

I have in fact seen the interview where Trump made them comments and it was creepy in the extreme… And his daughter was sitting next to him at the time.

Nevertheless, the fact that Donny claims to have had Covid-19 should be enough to convince anyone that the old fart is just another piss taking Satanist.

I mean fuck me, he recovered two days later and then branded himself immune for fucks sake.

Better still, both his son and his ex-prostitute wife supposedly got it and they too both made a miraculous recovery:

“Hang on Spiv, did you just claim that Mrs Fart was once on the game“?

Media reports lately have been focused on Melania Trump’s immigration status. Specifically, many have questioned the legitimacy of her EB-1 visa from her home country Slovenia.

The so-called “Einstein Visa”, which she obtained in 2001, is usually reserved for individuals who “demonstrate extraordinary ability in the sciences, arts, education, business, or athletics through sustained national or international acclaim.” As Melania reportedly dropped out of college after just a year before becoming a model, there’s been speculation regarding whether she truly qualified for the EB-1, or if perhaps Donald Trump, whom she met in 1998, had anything to do with the application being approved.

Axl Rose is one of those suspicious of Melania’s past. However, he’s not only attacking her immigration status. In a series of tweets last night, the Guns N’ Roses frontman downright accused of the First Lady of being a “former hooker.” Source

Not that the fact surprises me at all. Indeed she looks every inch a money grabber and she certainly appears to detest her geriatric husband.

Nevertheless, if the bollox virus is that easy to shake in a fella in his 70’s and once you have had it you are then immune to getting it again, then why the fuck is the cunt still promoting a vaccine?

President Donald Trump claimed Friday there will be enough coronavirus vaccines for every American by April — a claim that doesn’t match any timeline given by the federal government’s health agencies, private researchers or even the companies making the vaccines.

But Trump and one of his top advisers said they were confident that a vaccine would be approved, manufactured and ready for distribution to all by April.

“As soon as a vaccine is approved the administration will deliver it to the American people immediately,” Trump said at a White House news briefing on Friday. “Distribution will begin with 24 hours after notice.”… Source

That is to say, why the fuck would anyone need a vaccine to combat a virus that is no more serious than a cold which once you have had it, you can’t get it again?

Mind you, that immunity claim contradicts other claims that you can get it again, but since all the information about the bollox virus contradicts itself, you would have to be a half-wit to let anyone near you with a vaccine.

I mean, the number of confirmed cases has now more than doubled since the April/May peek yet back then we were being told that between 400 – 700 people were dying a day!

Yet now that the the confirmed cases are well over double we are being told that between 30 – 150 people are dying a day, so how the fuck does that make sense?

Course these cretins who believe they are clued up on the world have an explanation for Trump seemingly being one of the Monsters himself… It’s called “Trust The Plan“.

However, I have a different take on matters and Instead of “trust the plan” I put it to you that it is more of a case that ‘They Are All In This Together‘, especially where vaccines are concerned.

And we all know that Bill Gates is the main architect of that ‘plan‘. Mind you, Gates and Trump are supposedly meant to hate each other. In fact Gates allegedly took exception to the way that Trump was perving over his daughter:

Having “avoided” Mr Trump at an event earlier in 2016, Gates said he met him for the first time at a Trump Tower meeting that December.

“When I first talked to him it was actually kind of scary how much he knew about my daughter’s appearance… Melinda didn’t like that too well.” Source

Course, that snippet of information was made public before Melinda Gates morphed into the actor Kevin Kline

And note that in the photo above, Melinda is wearing an upside down crucifix.

Course, whilst we are on the subject of Bill Gates, it is worth noting that I have been telling you all for this long time that the British prison system is now being remodeled along the lines of the American prison system – namely a privatised, for-profit business enterprise.

Therefore it should come as no surprise to you that Kill-Bill is investing heavily in this new venture here in the UK:

The Bill & Melinda Gates Foundation Trust increased its stake in one of the U.K.’s largest for-profit prison operators.

The trust, the Seattle-based Gates foundation’s investment arm, added nearly 200,000 shares of Serco Group Plc in May, according to data compiled by Bloomberg. That took its holding to 3.74 million shares worth about 5.3 million pounds ($6.6 million), a tiny fraction of the foundation’s total assets of about $48 billion... Source

And I am sure that I do not need to tell you just how corrupt the American justice system is, with Judges receiving massive backhanders to keep their prisons full.

This is because, if a privately run prison drops below 97% capacity, the government has to pay out millions of Dollars in compensation – hence America has the largest prison population per capita in the world.

Nevertheless, according to the Qanon morons today is the day (17th Oct 2020) that JFK Jr is due to rise up from the dead and announce that he is Trumps running mate in the forthcoming election… Oh my fucking days!

Course, that claim will never materialize, just like the claim that the internet would go off last month for at least 2 weeks.

And lets not forget about the 1000’s of children being rescued from underground tunnels thanks to Donny Fart… Cept that news is being kept a secret because errrr… Well because it is ok.

Funnier still, according to Qannon, every famous cunt in the world, involved in paedophillia has been secretly executed.

And I see on that list that both the Queer and Joe Binden have been executed… Cept someone forgot to inform them since Sweaty Betty was out and about the other day and the nonce Binden is very active.

However, these clued up idiots have an explanation for this: They are clones.

Hmmm, I am not altogether sure that these imbeciles understand the concept of clones, but I will [hopefully] be writing about them (clones) in the not too distant future… Once I get my head back in the game.

Mind you, since a lot of those who donate to this site are anti-immigration, pro Trump & Qannon supporters I really am not doing myself any favours here… But the truth is still as important to me as it ever was.

So here is a Qspiv prediction that you can take as gospel: The next US President will be a dirty, self serving, Satanic Paedophile.

And don’t get me started on the turncoat, Greg Hallett aka Kink John III. Although he has gone very fucking quiet since conning his followers out of Thousands of Pounds… I really do fucking despair.

Nevertheless, I can safely say that far from Trump & Co being our saviours; we are living in the most dangerous times ever. And what is really frightening is that we – as a nation – are too cowardly to do anything about it.

Indeed, we will let the Monsters take away any freedom we have left with barely a squeak. After all, no one stood up to Joseph Stalin when he murdered millions of his own people.

Moreover, the Germans allowed Hitler to strip them of their rights in the same way that the East Germans accepted their miserable existence.

And the Chinese and North Koreans continue to do so without a murmur… Are we and the Americans any different?

Are we fuck… We really are doomed. 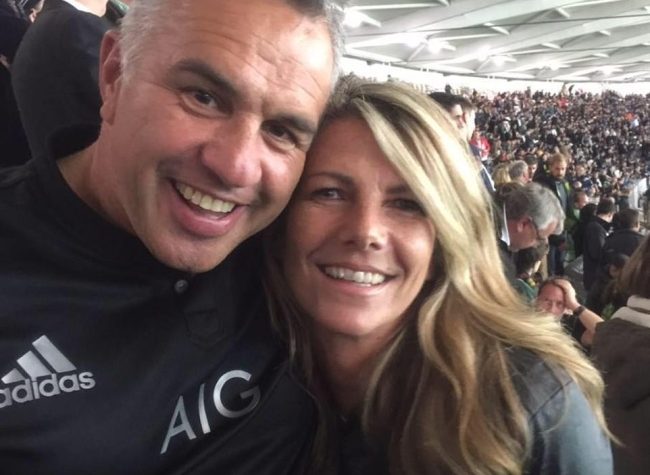 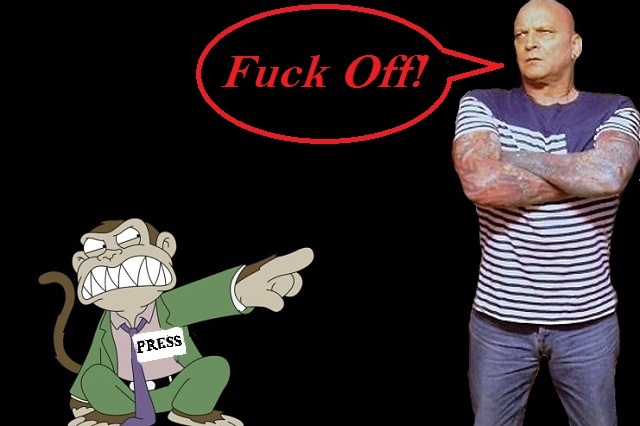 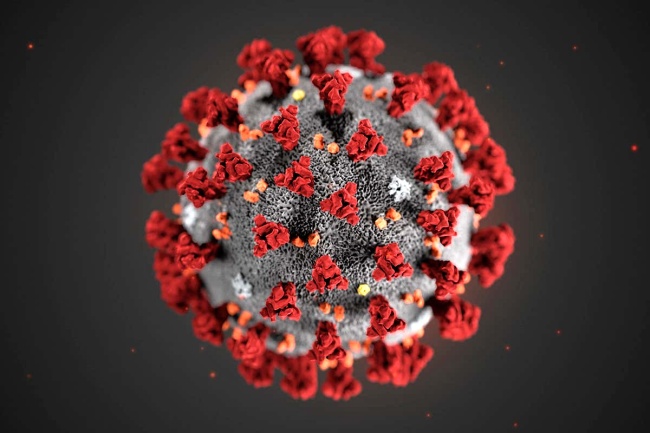 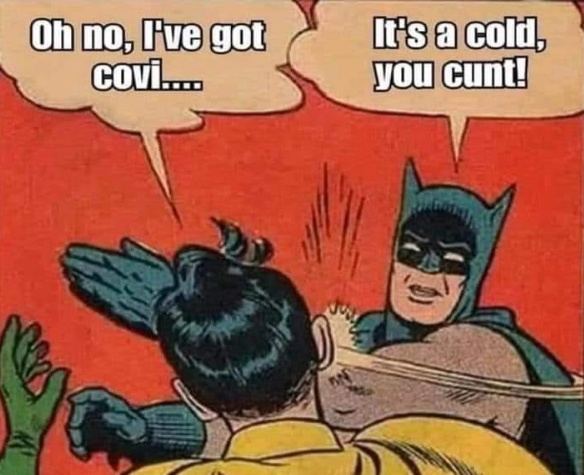