Well, here I am, back to giving this writing lark a go. Mind you, I have been psyching myself up for it for the past two months or so.

You see, the problem is not only have I lost my sense of humour; I have also lost my anger & passion too – all three of which were the recipe that I believe made my ramblings palatable for you, the reader.

That is to say that I no longer find it possible to get angry at things such as the Corona Virus psyop. After all the Kung Flu is so transparent a fraud yet the vast majority of the population still buy into the old bollox hook line & stinker, with its never ending contradictory story lines.

For instance, take the following newspaper report from March of last year:

Yet now the pathetic cunts are advising us to wear two face nappies at a time!

After all, nearly everyone these days seems to be a fudge packer… Something I will address in my next article.

Worse still, the majority of those who DON’T buy into the Covid hoax AKA, the-wide-awake-club appear to buy into the Qannon shite – which is even less believable than the Kung Flu bollox… And that to me is really really disheartening.

We really are well and truly fucking fucked and my desire to carry on is being severely curtailed by the huge number of gormless zombies buying into this cult.

I mean, these Q tards – and there are many – actually believe that their government are going to save them from the, errrr… Government.

That is to say the American government, who the Q-tards appear to think has some jurisdiction over our government.

Now at this juncture, I should point out that I am referring to the Trump Administration because according to the Q-Tards he is still the US President and will now be re-inaugurated on March the 4th 2021… Presumably, with his ex-whore wife still by his side.

Yet, I have been telling you for fucking years that ex-President Donald Trump is a self-serving, wholly-corrupt, nonce puppet but for some unfathomable reason the-wide-awake-club fucking worship him!

Nevertheless, the Q-tard plan has gone from, Trump arresting everyone he deemed “swamp-Dwellers” back in 2019, including: Joe Biden, Hilary Clinton, Barack Obama & Tom Hanks (to name but a very few) and having them all executed (despite the fact that they all attended Nonce Biden’s inauguration) – to Trump winning the election with the newly reincarnated John F Kennedy jr as his vice president.

And as I say, having then lost the election (which was as usual rigged) “the plan” quietly changed again, telling us that Trump wanted to lose the election so as he could have [dead] Biden & co arrested at the inauguration for election fraud.

Yet worryingly no one seems to question this constantly changing Q narrative which seems to get increasingly more bizarre by the day. For instance, forget the fact that JFK jr never rose from the dead to become Trump’s VP for 2021 – according to Qanon, John Jr’s, old man (JFK himself) died of a stroke on the 30th of January 2021.

The photo of Trump hugging JFK did make me giggle though.

Course, it is quite clear that the ones pulling the Q-tards strings are purposely trying to make their followers look silly on purpose (which is very easy to do) thus making Monkeys out of all of us.

Remember, we are talking about possibly hundreds of thousands of simpletons who buy into this Qanon shite.

Particularly alarming is the way that these daft cunts hang onto every word the prolific conman “Doctor” Charlie Ward utters:

Now that cunt aint no doctor but he is conning the gullible in their tens of thousands.

Indeed, you may remember that Ward was the mouthpiece for the fraud Gregory Hallett when he was trying to get people to believe that he was the new King of England.

Ward then dropped Hallett once it became clear that they could not con any more money out of the morons who actually believed that Hallett was king… Shame on you Greg and shame on anyone who gives Ward the time of day.

Course, Hallett is just another in a long line of ‘truthers’ who have then been exposed as frauds – making it nigh on possible for anyone to take us seriously.

And to make matters worse, we are now seeing an awful lot of faked photos doing the rounds, posted by these idiots in order to try and prove a narrative.

For instance, an awful lot of people are blindly posting the following photo of Barak Obama and his “wife”:

Now, while I strongly suspect myself that Michelle Obama is a transsexual, the above photo is clearly photoshopped.

In fact here is the original:

Therefore, the cunts that are faking these photos are achieving their goal of turning the truth into a lie, which up until a few years ago was the job of the MSM.

Course – as I say – once Trump lost the election, that also became part of the master plan, so as he could have all those above mentioned, recently-executed VIP’s arrested (again) at Biden’s inauguration and thus continue his MAGA campaign as President… MAGA was actually a term started by the proven nonce, wholly corrupt, former President Ronnie Raygun.

No wonder Donny Fart wanted to follow in his footsteps.

Nevertheless, when Biden was sworn in and fuck all happened you would have kinda thought that the brain-dead, not-as-clued-up-as they-thought, would have called it a day with the so called “plan”.

But ohhhhh noooo. Apparently, that was the plan all along and Donny Fart is now set to MAGA on March 4th 2021… And I find fuck all funny in that [non] fact. Yet I can no longer get angry at these people who truly believe in this shit – a good number of whom are my own readers.

Instead, I just feel drained.

You can read one of the many posts that I have written proving that Donny Fart is a corrupt nonce, HERE.

Course, you only need ask yourself why Trump would employ Rudolph Giuliani as his lawyer if he was a true patriot… After all, Giuliani was up to his fucking neck in the 911 false flag operation.

Unless of course you are too stupid to believe that Trump has no idea that the twin towers were brought down by his great-mate George Wanker Bush… Another, wholly corrupt, self-serving nonce – just like his daddy.

Course, new President Nonce Biden is no better than Trump – in fact he is worse, But he too is just a puppet.

I mean, Biden will be 92 yrs old before his first term is over and he is already showing signs of having Alzheimers disease. However, I believe that the real reason that he was allowed to become President in the first place is so as his Vice President, Kamala Arris can step in to take the reigns.

Kamala – a whore who slept her way to the top – would have never been elected President in her own right (even with mass election fraud) and as such, those who really rule the world will maneuver her into power via stealth.

It really is all just theater… Just like the Covid old bollox. I mean the crook Johnson and his cronies are now really at a loss on how to scare the population further.

Mind you, they keep trying by using the same tactic that Qanon are now using i.e fake photos.

For instance, the following screenshot is from a Chimp farticle apparently showing people protesting the hoax outside a London hospital:

And obviously things haven’t got much worse!

After all, we all know that hospitals are not overcrowded – or at least we should know that… In fact quite the opposite is true and our hospitals are no busier than normal for the time of year.

Cept this year the flu seems to have vanished!

And if you think back to the first lockdown, nigh on everything was closed; Macdonalds, KFC, B&Q etc, etc, but they are all now open as are most high street shops… And we have Football which we didn’t have during the first lockdown. In fact life is nowhere near as bad as the 1st lockdown but the Gufferment are still trying to panic everyone, with their new super infectious strains.

Not that I can for one second fathom out how they are detecting these new strains, yet the cunts are declaring them up to 70% more infectious, which is kinda mind boggling since we were told last January (2020) that Coronvirus was super infectious anyway.

Yet despite all of these new super, super infectious strains supposedly being discovered; by the Gufferments own admission, Covid 19 STILL remains NOT to be considered a high consequence infectious disease (HCID) in the UK. SOURCE

And remember, Covid 19 has remained that way since being reclassified as such five days before the first lockdown last year.

Yet despite that proof that we are being conned, the vast majority keep listening to bad actors like Matt Hancock; under the impression that our Gufferment won’t steer them wrong:

Oh, and I should just point out that according to Qanon, the “real” Matt Hancock has been arrested and is awaiting trial at Guantanamo Bay… As is Mark Zuckerberg who was supposedly arrested on the 5th of February 2021 – despite the Q-tards claiming that he had been executed last year.

I would say that you really couldn’t make this shit up, but in truth they really are.

No wonder I can’t get my act together, Indeed, we are fucking doomed.

72 thoughts on “Trump – The President Who Keeps On Trumping.” 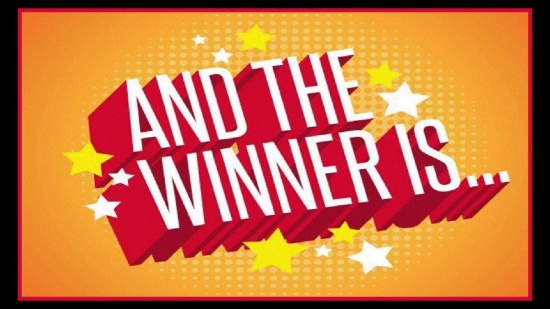 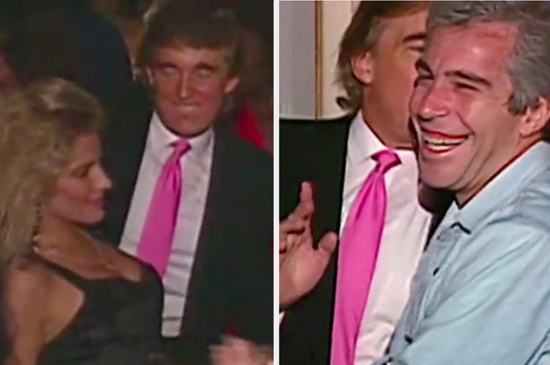 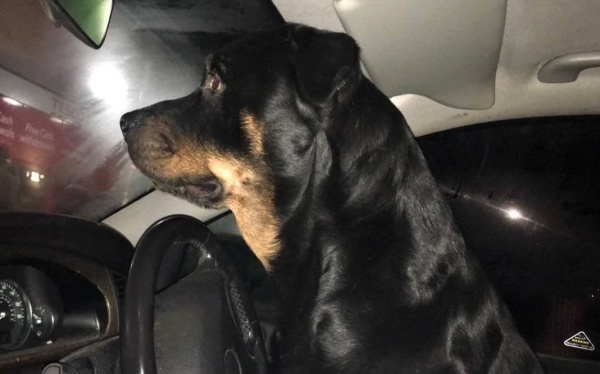 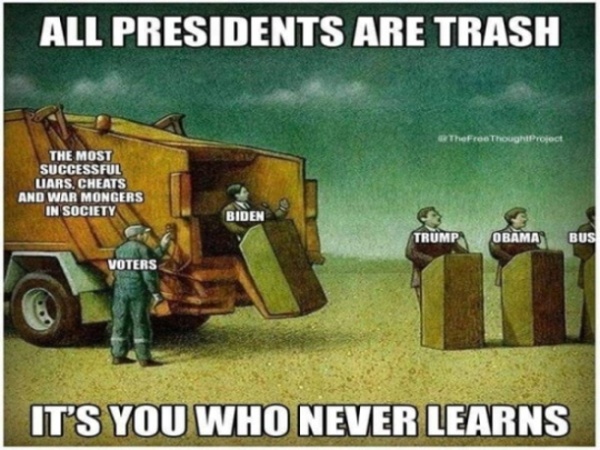 Trump – The President Who Keeps On Trumping.